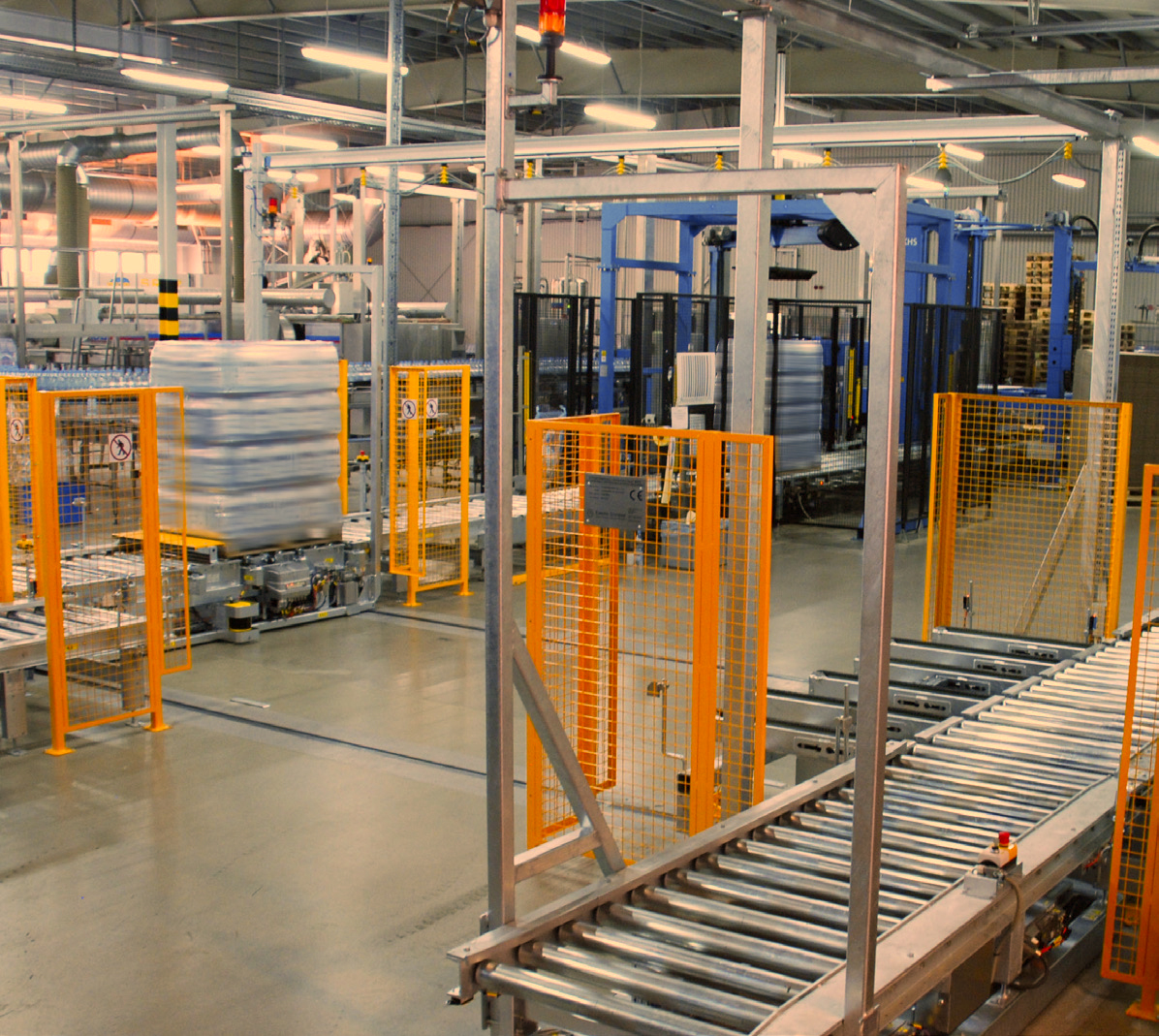 The Client had a problem in the form of a bottleneck ? insufficient efficiency of the transport process carried out with fork lifts and manual washing of thermally insulated containers. Also the insufficient capacity of the buffer zone, dispersed in the areas where containers returning from branches were received and in the re-packaging areas became a problem.

Optimisation of transport processes by way of minimisation of washing, loading, and transport time for thermally insulated containers and increasing the buffer zone's capacity.

Europa Systems has designed, manufactured, and implemented in the distribution centre a multi-level, automatic system for transporting thermally-insulated containers of the following dimensions: height: 2,150 mm, length: 1200 mm, width 900 mm. The system is comprised of two independent handling lines of chain conveyors and transport lifts with electrical drive. The line has been also integrated with container washing devices. The transport of thermally insulated containers in the entire system, from the loading station to washing and drying devices, and then from the washing point to the buffer zone and further to the collection zone, is automatic. The work of forklift operators has been reduced to restoring the thermally insulated containers to free storage locations and collecting them from the collection points. Elimination of forklift transport limited the number of warehouse movements, which has translated directly into increased safety in the enterprise. The buffer zone in which thermally insulated containers are cooled down to 2–5°C is closed by two high-speed doors. Thanks to the gates, consumption of energy necessary to maintain the appropriate temperature in the buffer zone has been minimised.

Benefits achieved The investment has quickly translated into productivity growth. In addition, the following benefits have been achieved: